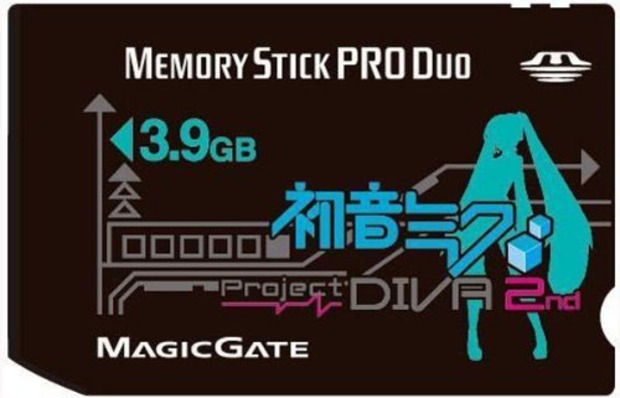 A special Memory Stick PRO Duo got released by MagicGate for Project DIVA 2nd. Unlike the usual 4 GB Sticks this one is labeled with "3.9 GB" volume space. (Funfact: All 4 GB Sticks have only 3.9 GB space.)

For more Trivias & Facts, head over to our Facebook album.

This wiki is NOT
associated with SEGA.

Games we would also like to add:
IA/VT, Zyon, Miracle Girls Festival
Feel free to submit info for these games!
Wiki-Version 14.0.1
rev190702

Wikipages are still in development